Instance segmentation on point clouds is a challenging problem. Point clouds are unordered, sparse, non-uniform, and finding non-regulars shapes is not trivial. Moreover, the number of points in a scene can easily surpass the million, making every algorithm on point clouds very computationally expensive. The 3D-BoNet architecture [1] has been introduced recently to tackle the problem. This network is trainable end-to-end, and it mixes the results of a bounding box prediction branch with the output of a semantic segmentation branch to perform instance segmentation. The article contains a walkthrough of the paper, section by section, and eventually introduces our implementation in TensorFlow 2 obtained refactoring the original code in TensorFlow 1.

If you’re not interested in the walkthrough of the paper, you can directly jump at the implementation.

Analysis of point clouds is burdensome because point clouds are inherently unordered, unstructured, and non-uniform. The approaches to work with point clouds can be divided into three families: projection-based, discretization-based, and point-based methods. In projection-based methods, the point cloud is projected to a plane, and the resulting image is analyzed with image processing techniques. Discretization-based approaches organize points in a grid of voxels summarizing the point features in voxels. This discretization allows using 3D convolutional neural networks because it imposes a regular geometric structure. The main drawback of this representation is its memory footprint, which can be very high if the scene covers a large section of space.

The 3D-BoNet approach is point-based like SGPN [2], ASIS [3], JSIS3D [4], MASC [5], 3D-BEVIS [6], but all these methods do not explicitly detect object boundaries (i.e, the bounding boxes). Furthermore, they require computationally intensive post-processing, such as mean-shift clustering.

Unlike previous models, 3D-BoNet directly regresses the vertices of instance bounding boxes. Then, it selects the points belonging to the instance applying a binary classifier to the points within the bounding box. For doing this, the authors introduced a bounding box prediction module and a series of carefully designed loss functions to directly learn object boolean masks.

The pure 3D-BoNet method does not require post-processing, but it only works on small point clouds, usually composed of 4096 points. It is necessary to split the cloud into spatial blocks to manage more numerous point clouds. A spatial block contains the points belonging to a rectangular parallelepiped with square base. The number of points in a block is constant to allow the creation of batches. For this reason, from a single spatial block, many processing blocks are created by sampling points.

The architecture is very similar to a traditional architecture used on images: backbone (feature extractor) and different heads for multi-task learning.

The Bounding Box Prediction Branch (BBPB) takes global features \(\textbf{F}_g\) as input and regresses a predefined and fixed set of bounding boxes \(B\) and the corresponding box scores \(B_s\).

As for all detection tasks, the number of total instances is variable. The BBPB gets around this problem by predicting a fixed number of bounding boxes together with confidence scores. At inference time, only the boxes with a high confidence score are retained.

Since the instances have no natural order, they are predicted in random order. For this reason, it is not trivial how to link predicted bounding boxes with ground truth labels to supervise the network. Given a set of ground truth instances, we need to determine which predicted boxes best fit them. This problem can be formulated as an optimal assignment and solved using an existing solver.

To supervise the network during the training, the authors introduce a bounding box association layer that relies on the Hungarian algorithm to perform the association. A multi-criteria loss pushes the network to minimize the distance between paired boxes. At the same time, the loss promotes the maximization of the coverage of instance points inside predicted boxes.

To evaluate the dissimilarity between the \(i^\text{th}\) predicted bounding box and the \(j^\text{th}\) ground truth box, the Euclidean distance between corresponding vertices is not enough because nearby bounding boxes cover a very different amount of points associated with an instance. Thus, the coverage of instance points should be included in the cost matrix \(\textbf{C}\) to distinguish between similar boxes. The final association cost is the sum of 3 values.

The final association cost between the \(i^\text{th}\) predicted bounding box and the \(j^\text{th}\) ground truth box is defined as:

Here we only minimize the cost of \(T\) paired boxes, while the remaining \(H-T\) boxes are ignored. In practice, \(\mathcal{l_\text{bbox}}\) corresponds to the minimal cost found by the Hungarian algorithm.

Loss for Box Score Prediction. The predicted box scores \(B_s\) aim to indicate the validity of the corresponding predicted boxes. During training target score is 1 for the first reordered \(T\) box and 0 for the remaining \(H-T\). We can thus use the cross-entropy loss for this binary classification task:

This loss rewards correctly predicted bounding boxes and implicitly penalizes multiple similar boxes covering the same instance. During inference, box scores determine the number of instances detected in the point cloud: in fact, the accepted bounding boxes are the ones whose box score exceeds a given threshold.

Given the predicted boxes \(\mathbf{B}\), the point features \(F_l\) and the global features \(F_g\), the Point Mask Prediction Branch processes each bounding separately with shared neural layers to establish which points inside the bounding box belong to the detected instance.

For the \(i^\text{th}\) predicted bounding box \(B_i\) the estimated vertices and score are fused with processed features \(\tilde{F}_l\) through concatenation, producing a box-aware features \(\widehat{F}_l\). These features are then fed through shared layers terminating with a sigmoid activation function, predicting a point-level probability mask, denoted as \(M_i\). The full branch architecture is detailed in the figure above.

The predicted instance masks \(M\) are associated with the ground truth masks according to the association matrix \(\mathbf{A}\). Due to the imbalance of instance and background points, the focal loss with default hyper-parameters is used instead of standard cross-entropy loss. As in the bounding box prediction branch, only the valid \(T\) paired masks are used for the loss \(\mathcal{l_\text{pmask}}\).

The 3D-BoNet framework is based on pointwise predictions. This property can be problematic when the point cloud to be analyzed is composed of millions of points, because the memory consumption of a single forward pass can easily exceed the memory available on a GPU. The problem is even more relevant during training when gradients have to be stored along with layer outputs. For this reason, it is necessary to devise a strategy to train and use the model on large point clouds.

First of all, it is always a good idea to subsample the point cloud to remove points in highly dense regions. There are many methods to prune points in dense regions: in our implementation, the subsampling preserves only one point per voxel in a grid. More in detail, the 3D space of points is divided virtually into voxels by a cubic grid whose size is a parameter of the experiment. For every voxel, a single point is preserved. Its coordinates are obtained by averaging the coordinates of all points in the voxel.

This method is easy to implement, and it can reduce the number of points in the point cloud by one order of magnitude, but it is still not sufficient.

The authors of 3D-BoNet propose to use Block Merging [2] to split the point cloud into fixed-sized blocks of points. Let us see how blocks are created. First of all, the 3D space is partitioned in overlapping square-based parallelepipeds of infinite height. For example, for a dataset composed of rooms, the squared base of every column usually measures \(1 \text{m}^2\), and the overlap between consecutive columns is usually \(0.5 \text{m}\) in both directions. Afterward, several blocks are extracted from every column by sampling a fixed number of points, usually 4096.

The quality of the final prediction is heavily affected by Block Merging: the arbitrary division of the space can distribute the same instance over several columns, while the random subsampling can destroy local and global structures putting nearby points in different blocks. In particular, for large objects, the model is forced to focus on local structures only.

The splitting part of the Block Merging method is quite simple, but it is necessary to implement also the inverse procedure, the merging part of the algorithm. Given all the instances detected in every block, the merge procedure groups them if they overlap more than a certain threshold. To understand the details of the merging algorithm, let us suppose, for example, that a sofa spans two partially overlapping consecutive blocks. The first block covers the mid-left part of the sofa, and the right block includes the points on the mid-right side of the object. As for subsampling, the merging relies on a discretization of the 3D space in fixed-size voxels. A voxel can be empty or associated with a semantic class and an instance identifier. In the example, the 3D-BoNet model takes as input the first block and finds a single instance of the class sofa. Then, all voxels containing a sufficiently high number of points whose predicted label is “sofa” are marked as “sofa” voxel. Likewise, the identifier of a new global instance of the class “sofa” is attached to all such voxels. Such voxel assignments are never changed by following blocks: they will be part of the final prediction on the point cloud. The procedure above is repeated when the second block is analyzed. Since the second block overlaps with the first block in its left part, now some voxels have a class label and an instance identifier from the previous block. The merge of instances happens when many voxels shared by the two blocks are labeled with the same semantic label. If that occurs, the instance detected in the second block does not become a new instance, but it shares the identifier of the existing “sofa” instance. In this way, even if the object was divided into several blocks, it is possible to recompose it.

The procedure is visibly complex, and its output depends on the order of blocks. Moreover, since blocks are groups of arbitrary points, the output is not a deterministic function of the input point cloud and the model. Finally, the procedure is highly dependent on the size of the voxel, losing all the advantages provided by working directly on sparse points.

The 3D-BoNet framework can be used in combination with any backbone: in our experiments, we implemented and used PointNet or PointNet++. Our implementation is directly inspired by the official implementation, but it has many advantages over the original code.

Our implementation obtains results comparable with the published ones for the S3DIS dataset. The S3DIS dataset is the only dataset compatible with the original code released, and, in addition, the authors of the 3D-BoNet paper have published the dataset in its processed form with the point clouds already split into blocks. The reproduction of the results on S3DIS is thus not very hard, but it also hides most of the challenges posed by Block Merging.

We have encountered much more problems while working with the ScanNet dataset. This dataset is composed of point clouds larger than the ones in S3DIS, requiring a heavy subsampling. Furthermore, the division into blocks has to be performed from scratch. The authors declare great detection results on ScanNet without releasing the necessary code to reproduce them, but we have not attained the stated results. Even after numerous experiments that cover a wide range of hyper-parameters for subsampling and Block Merging, our trained models obtain very low accuracy. This fact raises some doubt about the effectiveness of the 3D-BoNet framework for the segmentation of large point clouds.

You can find our implementation on Github: https://github.com/zurutech/3DBoNet2. 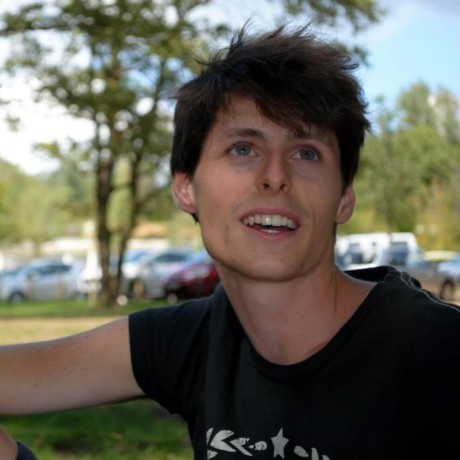